Underboob Rash – Causes And Treatment For Uncomfortable Sensations Under Your Boobies!

Itchy and irritated underboob is not uncommon in women. These underboob rashes are caused by various reasons ranging from hot weather to bacterial infections. 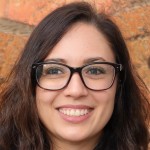 Rachel Davis
Hi! I am Rachel; a mom and a hair and makeup artist. I am very old-school and I love sharing my experiences on parenting, marriage, and daily life hacks. What is more fun than that! I believe that to take care of anything, you have to love and give your heart and soul to it. Writing has been my passion ever since I was little and it's the best way I express myself - my thoughts and dreams. Here, I write about everything that I love.
Listen - 6 mins
Reading Time: 7 minutes

Underboob rashes can be a deal-breaker. One day you wake up and feel amazing and you are going on about your life. But the next day you are itchy and uncomfortable because you have an underboob rash. Life can be funny like that. Rashes and redness are never fun; I can guarantee you that it doesn’t get any better when they are under your boobies.

Imagine the summer. Isn’t it just blissful to lie on the beach and have the warm sun on your body, tanning you from head to toe? Nothing would feel more heavenly than a tall glass of pink lemonade to quench your thirst on a hot humid day. But you know what comes with all this glory of summer? Boob sweat.

There is nothing that makes me more uncomfortable than boob sweat, oh wait! There is. It’s an underboob rash. An underboob rash or intertrigo, thrives in the warm moist valley under your boobies. It’s a rash that can make your skin itchy, irritated, dry, swell up, and even break out in hives. There are many reasons that can lead to a rash developing under your breasts. It can be because of moisture due to excessive sweating. It can be because of really tight or scratchy clothing. And if your skin is rubbing against itself, that tends to make your underboob rash go from 1-60 real quick.

Did you know that the area under your boob sweats more aggressively than any other place on your body? That’s just crazy, right? Well, what isn’t crazy when you’re a woman? Let’s look at some of the other causes of this nasty rash that plagues our titties.

I probably don’t have to tell you that pregnancy will mess up your body in more ways than one. The changes that come with pregnancy, such as hormonal fluctuations, weight gain, heat, etc will definitely let your rash get a glow up. Pregnancy makes underboob rashes so much worse. You need to breastfeed your baby. There is no compromise in that. But there are many lactation-related causes for under boob rashes. While your baby is suckling, you are super itchy under there.

Lactation Mastitis can cause a rash. It’s a condition that is seen in women who are breastfeeding. It causes inflammation and infection in the breast tissue. Sometimes this leads to redness and itching, under the boobs.

Intertrigo is one of the most common reasons for underboob rashes. It happens where the skin folds (1). Folds of the skin rub together, along with excess sweat, heat, and maybe tight clothes that don’t allow proper circulation of air which might lead to an under boob rash. Heat will cause a lot of boob sweat. This might cause a condition called  Miliaria (2). This happens when the sweat glands function abnormally. It occurs when you are exposed to really hot and humid weather, which causes you to sweat a lot.  The sweat glands get blocked and the sweat leaks into surrounding tissues.

Sweat is really the enemy of your boobs. So all you sweaty Betty’s, make sure you wipe under your boobies when it gets really hot outside.

What Are The Symptoms Of Underboob Rashes?

How To Get Rid Of Underboob Rashes?

As you might have already guessed, underboob rashes are stubborn. They occur at the most inconvenient places. You’ve come to terms with the fact that you have an underboob rash, yes I know it’s annoying. But, when you get a rash you have to get rid of it. Firstly, what you have to do is reduce any kind of moisture in the area. Secondly, you have to make sure that you eliminate friction as much as possible. Thirdly, allow ample air circulation. Here are some of the other things that you can do to prevent or get rid of an underboob rash.

Sort Out Your Bra Situation

Wearing your favorite bra that is too small for you now, is not helping your underboob rash situation. Bras are supposed to support you, not choke the air out of your lungs. So, opt for bras that are comfortable and will provide you with the support you need.

While you choose more comfortable bras that are not itchy to prevent a rash, make sure that you don’t wear a bra as much as possible when you already have the rash.

There are many products in the market that you can depend on, to decrease rashes caused by chafing (3). There are many anti-chafing powders, gels, creams, and sticks to reduce friction in your underboob and to keep moisture away. You can try sprinkling a bit of anti-chafing powder before you put on your clothing. Similarly, you can try applying anti-chafing creams and gels to the affected area, preferably at night and without putting your bra on afterward.

A bra liner is a piece of fabric that you can keep inside your bra, where you’re under boobs lie. So it’s basically like a panty liner, but for bras. It is supposed to create a barrier between your breasts and the underwire of your bra.

This is the best option if you have really sensitive skin and you don’t really want to apply topical products under your boobs.

The chemicals in soaps, lotions, and moisturizers that give it its fragrance and flavor might irritate some people’s skin. Try to use as many unscented products as you can, if you feel itchy or irritated. Similarly,  if you find rashes on your body stop using products that might have triggered it.

To get some instant relief from the itching and uncomfortable sensations, press a cold compress to the affected area. The cold compress will soothe the skin.

How Do You Prevent Underboob Rashes? How Can I Get Rid Of An Underboob Heat Rash?

First of all, you can try avoiding really tight clothing. Allow air circulation towards the area. You can also try using anti-chafing products. If the rash is still severe, consult a doctor.

Is Underboob Rash On Women Who Exercise More Severe?

What Is This Dark Rash Under Breast That I Have?

It's probably just an underboob rash. But just to be safe, get yourself checked out by a doctor.

Is Hydrocortisone For Rash Under Breast Okay?

Only apply hydrocortisone on your rashes if a doctor prescribes it.

What Is A Heat Rash Under Breast Home Remedy?

Try taking off your bra when you go to bed, shower every day, and use a cold compress on the affected area. You can also try using a mild cleanser.

Is Vaseline For Rash Under Breast Work?

Vaseline might work for really mild rashes, but make sure that moisture doesn't build up.

Are Underboob Sweat Rash And Itchy Rash Under Breast The Same?

Rashes can be of many types. Usually, underboob rashes present themselves in similar ways, but the cause can be different.

Underboob rashes are much more common than you think. We all know how annoying boob sweat is, right? Especially when they soak through your white t-shirt or your cute top. But it’s important to take care of your skin. We don’t really take care of the skin under our breasts. But as I always say, when it comes to our boobies, it’s better to be safe than sorry.

If you have ever gotten an underboob rash, then you know how it feels. Try to keep your underboobs clean and dry. You can try out all the things we have mentioned in this article to get rid of or to prevent underboob rashes, but always remember that home remedies will only get you so far. If the rashes keep spreading or if the severity of your underboob rash increases, go to a doctor.

How To Increase Melanin In Hair And Get Rid Of Grey Hair?

10 Simple Yet Effective Ways To Make Your Hair Soft, Silky And Long!

Get your daily dose of beauty tips, tricks, and product recommendations sent straight to your inbox.

Was this article helpful?

Help us improve by telling whether you found this article helpful.

No results have been found .